SYTYCD Season 10 Recap: And the winners are...

The bad news is that this incredible season of So You Think You Can Dance is coming to an end. :( The good news? It has been renewed for Season 11! :) And even better news- Shankman's here!!! :D (Hey... why didn't Jade dance in the intro with Malece??) 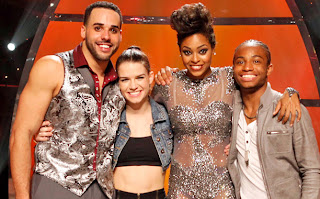 Nigel's choice:
"You Really Did It" with Alexis, Aaron & Curtis (Anthony Morigerato, tap) 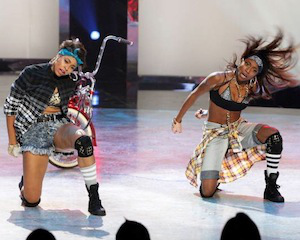 Nobody's choice in particular but had to be performed again tonight:
"I Am The Best" with Jenna & All-Star Mark (Mark Kanemura, contemporary-ish) 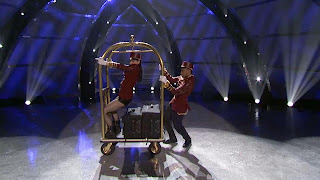 OK, I haven't been writing about most of the other stuff filling the program tonight, but I LOVED Mary & Nigel's version of Amy & Fik-Shun's diner dance. So cute. Bonus points for Adam Shankman!

Top 10 & All-Stars: I enjoyed this zany beach number enough to make note of it. I enjoy any opportunity to see Neil, in particular.

America's favorite male dancer is... Fik-Shun!
Wow! I'm a little surprised that he beat out Aaron. America rallied for him after he showed some weaknesses last week.

America's favorite female dancer (and overall top vote getter) is... AMY!?
TWO surprises tonight!? Don't get me wrong, I am happy for Amy. I just thought Jasmine played her cards right and had this one in the bag! Wow. I consider this an upset.

Congratulations to Amy & Fik-Shun and thank you to the entire cast of Season 10 for such a fun year of dance! Can't wait for Season 11!