When I write, I don't really expect anybody to read it, so it blows my mind when a complete stranger will take the time to comment or send me an e-mail about one of my posts. I was recently contacted by a gentleman named Adrian who stumbled across my sand dollar tutorial from a couple of years ago. Oh, neat, I thought to myself. Someone saw my sand dollars! I decided to take a look at my stats.


I don't remember the exact count, but I do remember my jaw dropping to the floor. Today, that tutorial has well over 5,100 views- which I'm sure is a drop in the hat for most bloggers, but huge for someone like me who writes a post and never thinks twice about how many people will actually read it. That is almost two thousand more views than my next most-read post (my antique printer tray jewelry display)- not to mention a hundred times more than most of my posts! As it turned out, a couple other blogs linked to my post and it was making the rounds on Pinterest. Cool!

But back to Adrian. He saw my old post, and wanted to know if I'd be able to make a couple of sand dollar necklaces for him as well. After my excitement wore off about how many people read my old post, I realized I would have to disappoint him. After all, it was a one-time project, and I didn't have any other sand dollars in my stash of jewelry supplies. And so I let him know, thinking that was it.

That wasn't it. Adrian let me know he had the sand dollars he wanted me to use. He explained to me that he had collected these shells over ten years ago, with this special friend he wanted to gift the necklace to this Christmas. I loved the story, and happily accepted the project. 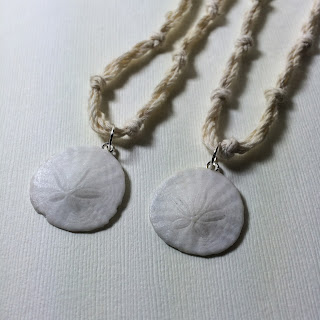 I cleaned and protected the sand dollars the same way I outlined in my tutorial. The only adjustment I made was lessening the amount of bleach I used, as these two shells were much smaller and I was worried sick I would destroy them. Whew! I also used an organic cotton cord instead of the silver chain I used on my previous necklace, per Adrian's request that I use natural elements. 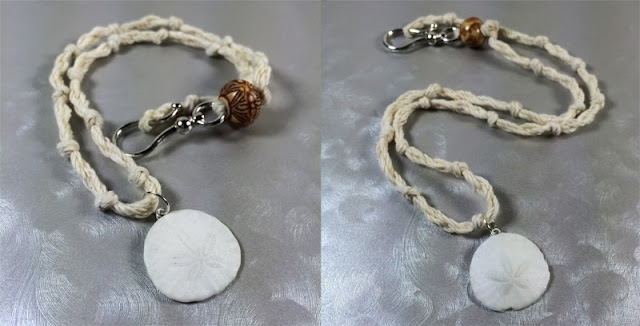 Adrian was so kind that he even included a couple extra sand dollars that he insisted I keep for myself. I haven't decided exactly what I want to do yet, but I love this piece and will wear it all next summer. 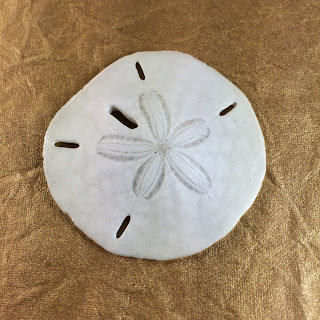 Thank you, Adrian, for not only allowing me to make such a special gift for you, but giving me a treasure of my own!
Newer Post Older Post Home